for Westmeath Episode of RTÉ Tracks and Trails 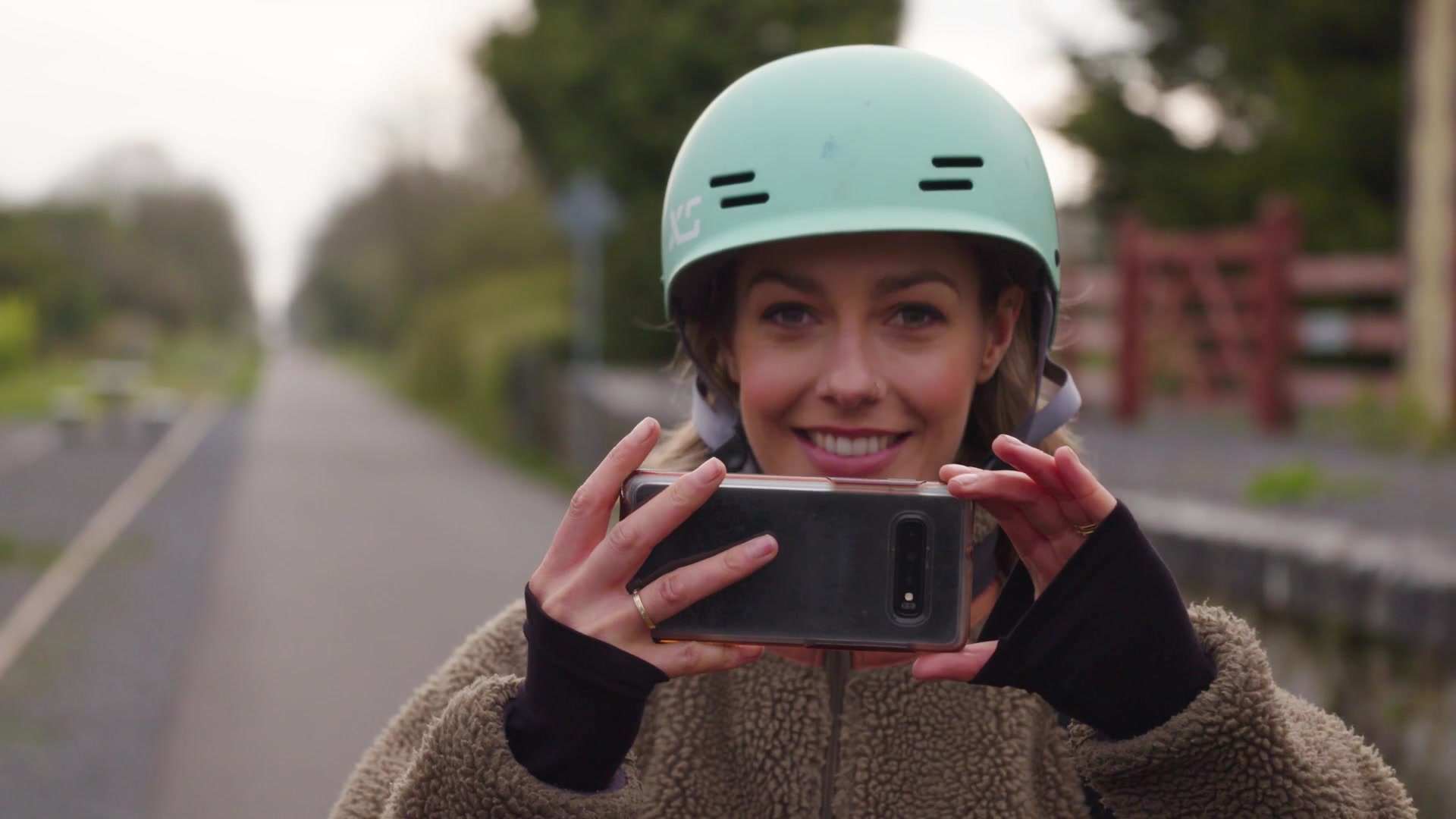 Presenter and Broadcaster Bláthnaid Treacy has won the award for Best Broadcasting in the Travel Extra Travel Journalist of the Year Awards for her work on the Westmeath Episode of RTÉ Tracks and Trails. The awards ceremony, which took place on the 4th May 2022, was attended by the cream of Irish travel and tourism writers and broadcasters and the award winners were chosen by a distinguished panel of senior Irish journalists. The event was sponsored by the Spanish Tourism Office (Ireland) and Gran Canaria Tourist Board and the Best Broadcasting category was sponsored by Sunway.

Some of County Westmeath’s best places to walk and cycle featured on the Westmeath episode of the popular programme. After first airing last year on RTÉ 1 on Friday 11th June at 7.30pm, it has been repeated a number of times since, in addition to online streaming via RTÉ Player. The programme is known for showcasing the range of beautiful hikes, walks and cycles on newly developed and lesser-travelled routes on the island of Ireland.  For the 2021 series, there was also an emphasis on the health and well-being benefits associated with getting outside and spending time in nature. Filming in Westmeath took place in April 2021, sponsored and facilitated by Westmeath County Council. Chief Executive Pat Gallagher said that “Westmeath County Council is proud to support this excellent production, which provided us with a unique opportunity to spotlight some of our fantastic walks and greenways to potential visitors”.

During the half-hour episode, presenter Bláthnaid Treacy was shown hiring a bike on the Royal Canal Greenway in Mullingar from local bike hire company Mullingar Bike Hire. From there, she joined the Old Rail Trail and cycled westwards towards Athlone, enjoying the peaceful and scenic landscape and various historic structures along the way, with a stop at Dún na Sí Amenity and Heritage Park. Local GAA personality Dessie Dolan met Bláthnaid at Streamstown Station and guided her on her journey to Moate. Bláthnaid then enjoyed tours of the Hill of Uisneach and Belvedere House, Gardens and Park, learning interesting stories from local tour guides Justin Moffatt and Mary Bannon. The programme also featured a peaceful walk at Mullaghmeen Forest in North Westmeath, where Bláthnaid met with Mullingar musician and mental health advocate Niall Breslin. The opportunity to spotlight Westmeath’s lakes was also taken, through the inclusion of an interview with local photographer James Crombie at Lough Ennell, where his famous starling murmuration photo was captured earlier in the year.

In case you missed it, you can watch the Westmeath Episode of RTÉ Tracks and Trails on RTÉ Player. To find out more about walks and greenways around Westmeath go to www.visitwestmeath.ie/get-outdoors