The Pact Election of June 1922: Results

In the second of two articles, Dr John Burke explores the June 1922 ‘Pact Election’ and its outcome, particularly in the midlands. 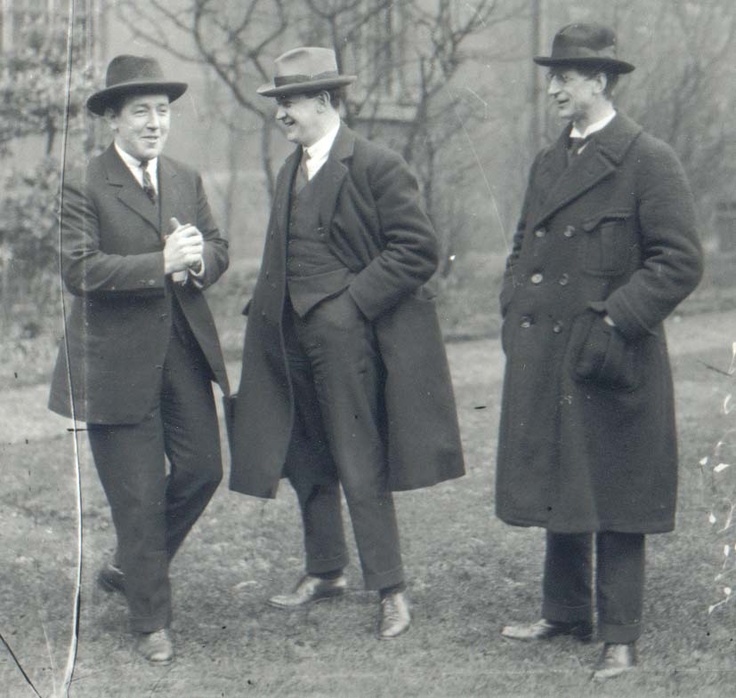 Photo: Harry Boland, Michael Collins and Éamon de Valera in 1919 (National Library of Ireland). Before the June 1922 general election, Collins and de Valera entered into an electoral pact that allowed Sinn Féin candidates, whether they supported or opposed the Anglo-Irish Treaty, to run together on the same panel. In the election, Harry Boland was elected as an anti-Treaty Sinn Féin candidate for Mayo South-Roscommon South.

To assess the influence of the electoral pact (notwithstanding the speeches of Michael Collins discussed in the previous article), the results from the four midland constituencies of Leitrim-Roscommon North, Mayo South-Roscommon South, Laois-Offaly and Longford-Westmeath are instructive. In the two Roscommon constituencies, the pact held: no contests were staged and democracy was undermined. In both Laois-Offaly and Longford-Westmeath, votes were cast and electoral preferences were clearer. Despite the pact provision, each candidate’s stance on the Anglo-Irish Treaty was known to electors, so, where a vote could be cast, this aspect was influential and the single transferable vote system, which ranked a voter’s preferences, had the potential to show where allegiances lay.

The Roscommon constituencies presented the pact-makers’ desired outcome: a Sinn Féin walkover. In Leitrim-Roscommon North, three of the four seats went to pro-Treaty T.D.s, Thomas Carter, Andrew Lavin and James Dolan. Count Plunkett T.D. retained the sole seat for the anti-Treaty side and railed against the pact, asserting unrealistically (and at odds with the evidence of Treaty support in the county) that the situation would have been reversed if voters had exercised their franchise. A more balanced outcome in Mayo South-Roscommon South saw anti-Treaty T.D.s Harry Boland and Thomas Maguire retake their seats alongside pro-Treaty T.D.s, the as yet ambivalent Daniel O’Rorke, and his Mayo colleague William Sears.

Laois-Offaly offered surprises. Four seats were contested by five candidates, all of whom were pro-Treaty. The Sinn Féin foursome of T.D.s, Kevin O’Higgins, Francis Bulfin, Patrick MacCartan and Joseph Lynch faced off against the Labour Party’s William Davin. The absence of an anti-Treaty candidate was democratically problematic. Anti-Treaty sentiment was apparent in the constituency and the ballot paper confirmed only total Treaty support among the candidates, not the electorate.

Polling day, 18 June, saw a good turnout of seventy per cent. A quota of 6,519 was declared and impressively exceeded by Davin who secured 15,167 first preferences. O’Higgins joined Davin after the first count with a more modest 6,792 total. Transfers saw both Bulfin and MacCartan across the line, albeit it was clear that the latter, like the unsuccessful Lynch, was much less popular, even among pro-Treaty Sinn Féin voters. MacCartan had secured fewer than 3,000 first preferences.

Davin’s success surprised many. He secured almost half of all votes cast and could easily have carried a running mate with him. However, it would have been difficult to predict his success given the pressure brought to bear on non-Sinn Féin candidates, Sinn Féin pre-eminence since 1918 and the fact that Labour had never before contested a general election in Ireland. Yet the labour movement had long been popular in Offaly’s county town, Tullamore, which established one of the first official branches of the Irish Transport and General Workers’ Union in the midlands in 1917. In addition, Labour’s focus on social and economic issues gained traction in the constituency. In common with other notable Labour performances in Louth-Meath and Carlow-Kilkenny, the party in Laois-Offaly may have been too conservative, given not only the attractiveness of their manifesto but also the unpopularity of some Sinn Féin candidates whose support for the Treaty rankled anti-Treaty voters who sought out the only available means by which to punish them at the ballot box.

The most nuanced constituency was that of four-seat Longford-Westmeath. Six candidates, five being pro-Treaty, stood for Sinn Féin, Independent Labour and the Ratepayers’ Association. Seán MacEoin T.D., Lorcan Robbins T.D. and Francis McGuinness were the pro-Treaty Sinn Féin candidates, with the inimitable Laurence Ginnell T.D. standing as the sole anti-Treaty candidate. Seán Lyons represented Independent Labour interests while Patrick Belton weathered much intimidation to stand for the Ratepayers’ Association, a body whose members had previously supported the Irish Parliamentary Party (I.P.P.). Both MacEoin and, Ginnell, the most prominent candidates, adhered to the pact and avoided divisive Treaty debates. The other Sinn Féin candidates concentrated their attacks on Lyons and Belton.

The turnout was roughly sixty-one per cent. MacEoin secured the first seat, with a surplus of 4,405 votes; 10,162 in total. Surprisingly, Lyons took a seat on the first count, his 7,073 first preferences showing strong support for Labour. Ginnell’s 5,022 first preferences and the move of most of MacEoin’s transfers to McGuinness meant that the Delvin T.D. waited until the third count to secure his seat. McGuinness was the last man elected as transfers and the benefit of seeking a seat previously occupied by his popular and recently-deceased brother, Joe, proved key.

Data available on the reallocation of surpluses is telling. The bulk of MacEoin’s transfers, 2,893, went to McGuinness; Ginnell received 582. Lorcan Robbins received the balance but his 1,996 first preferences ensured failure. The transfer of Lyons’ surpluses between Ginnell and McGuinness showed that Labour voters appeared more inclined to punish pro-Treaty Sinn Féin. McGuinness gained just eighty-six votes more than did Ginnell, 555 compared to 469. Patrick Belton received more first preferences than Robbins (himself a previous IPP supporter) but gained few transfers from an electorate that had called time on the constitutional nationalists’ approach to Irish politics in 1918.

A study of the move of the single transferable vote nationally confirmed that the pact was followed, as Michael Gallagher has observed, ‘much more in the rule than in the breach.’ Transfers for Sinn Féin factions tended to move to other ideologically-aligned Sinn Féin candidates, while third party votes were more likely to transfer to other third parties, if available. Sinn Féin retained ninety-four seats nationally out of 128. The loss of thirty seats was quite a blow. Indeed, given that thirty-four seats were uncontested, Sinn Féin won only two-thirds of the contested constituency seats and would have won fewer still if third party candidates had not been so limited in numbers.

Whatever those who went to the polls believed they were voting for, moves by the Sinn Féin factions to find a proximate political compromise were derailed. The Irish constitution, then out in the open, was deemed by republicans to be a repudiation of the Irish Republic. The assassination of Sir Henry Wilson in London four days after the election led the British government to pressure the Provisional Government to deal more decisively with anti-Treaty forces at The Four Courts. The Provisional Government attack on that building on the 28 June 1922 marked the official start of the Irish Civil War.