Observing the Truce in the heart of Ireland 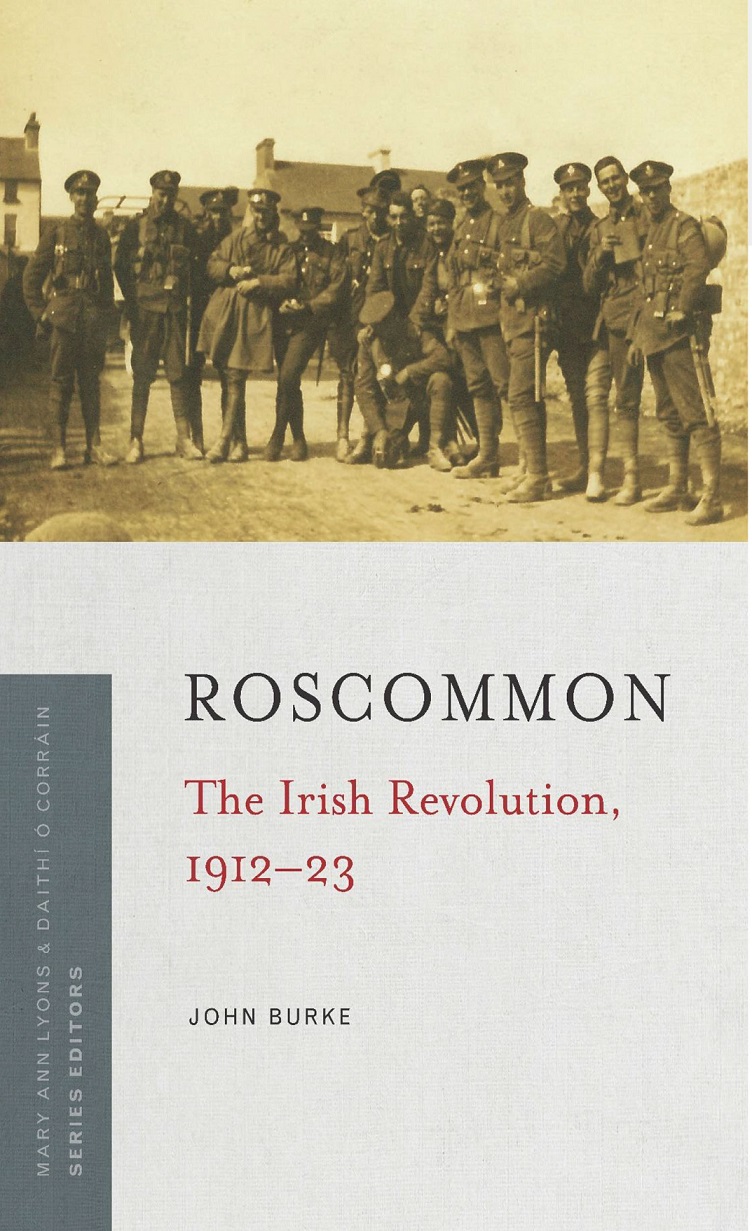 In the latest of our guest posts, we discuss the Truce period in and around Athlone. Dr John Burke takes up the story.

With the instatement of the Truce between the Irish Republican Army (IRA) and British Crown forces at twelve noon on 11 July 1922, the search for Irish independence entered a new phase. Although a number of fatal incidents immediately preceded the Truce – perhaps the most prominent in Westmeath or Roscommon being the shooting dead of Sergeant James King in Castlerea on the morning of 11 July – its official implementation in both counties did bring an end to such fatal violence in the region for 1921.

While the Westmeath RIC County Inspector (CI) inferred that an ‘ill augury’ could have been drawn from such last-minute IRA activities, there is little doubt that the Truce was greeted optimistically in the days that followed. Members of the Crown forces, Irish republicans and civilian non-combatants felt comfortable enough to swim together in the River Shannon when hot July weather took hold. Similarly, farmers, no longer fearing antipathetic Crown forces actions, undertook large-scale, legal cattle drives to satiate the thirst of their livestock at the counties’ most productive water springs. Local newspapers, for some time unused to printing upbeat articles on the interactions between the Irish people and British Crown forces, reported on the ‘bonhomie’ on display as well as the improvement in the mood of the region. Curfews were lifted and markets, fairs, sports fixtures and social events were all quickly reorganised.

Overt displays of republican support re-emerged with triumphal processions accompanying the release of IRA prisoners and the withdrawal of indictments against republican activists. Massive crowds, some larger than any witnessed since the conscription crisis of 1918, attended funerals of IRA men such as Bernard Gaffey, while large masses of remembrance across both counties saw prayers offered for republicans lost in the fight. Local authorities dominated by republicans reconvened, while the recommencement of more train services and telegraphic communication ensured that many understandably predicted the imminent return of ‘normal’ daily life after almost seven years of privations caused by the First World War and the War of Independence.

In reality, despite many positive indications, the Truce period was one of great unease for both the Irish and British authorities. Many Irish republicans deemed the Truce a victory (realistic members in the region knew that their ability to continue the war was limited), while some members of the Crown forces believed it was a betrayal. War reengagement was a distinct possibility and tense exchanges between the sides were inevitable, especially when some men who claimed to be IRA members acted with impunity in harassing those deemed unsympathetic to the republican cause. Rare instances of cooperation and tolerance were highlighted to promote amity. A combined IRA/RIC operation to quench a fire at Lyster’s Sawmills in Athlone was presented as proof of the ability to achieve common goals with little friction, while reports on cordial exchanges between IRA companies and Crown forces patrols framed the interactions as proof of new-found respect between former enemies.

However, as the summer progressed, the Westmeath RIC CI believed that ‘in spirit the Truce is not observed at all’. District liaison officers appointed to promote compliance were snowed under with reports of breaches, with IRA Captain Fintan Murphy’s Athlone base at the Prince of Wales hotel receiving huge volumes of post regarding the five counties he oversaw. Indeed, despite efforts by commanders such as Seán Mac Eoin to promote discipline, by the autumn each county required a dedicated liaison officer to work with Murphy and the Athlone-based RIC Divisional Commissioner, James Wilbond, in deescalating tensions.

Where members of the IRA breached the Truce, most frequently by acting as civil police officers, setting up IRA training camps and reconvening republican courts, the Crown forces invariably just observed and took note, intervening only when their own men were under threat or, in limited instances, where civilians were at risk. Where the IRA engaged in targeted inflammatory activity, as in the case of the kidnap of three former British army men in Athlone, Murphy worked to assure the RIC regarding the men’s well-being and release. Instances of Crown forces’ indiscipline were also managed in a cooperative and even-handed way by both the liaison officer and the RIC. In one case of assault, Wilbond admitted that while the IRA acted unlawfully in seizing Pat and James Beirne, two officers that had beaten a civilian, it was primarily the RIC who were at fault. Murphy’s confirmation that the RIC men were ‘none the worse for wear’ after their encounter with the IRA promoted an impression of good relations that was important to the efforts for peace. However, the increased paranoia exhibited by soldiers stationed at Athlone Workhouse, that saw them accused of harassing innocent civilians, suggests that the Crown forces feared IRA action against them. IRA infighting, especially between those who had been active during the war and others who joined up after the Truce, fed the unease. The local press condemned the ‘trucileers’ as opportunists that sought to destabilise the country and subvert the entitlement to public service jobs of true IRA members who took all the risks for Ireland’s freedom.

Any recommencement of the conflict between the IRA and Crown forces hinged on the outcome of negotiations between the Irish delegations and their British counterparts. In the editions printed after the 11 July, local newspapers promoted the view that the Truce was an Irish victory that would lead to the foundation of the Irish Republic. Both the Westmeath Independent and Roscommon Herald, the titles with the largest circulation in their respective counties, championed the efforts of the participants in the various Irish negotiation delegations, Éamon de Valera and Michael Collins in particular, using terms such as ‘indomitable’ to characterise their approach to the talks with the British in London.

In writing so optimistically, they were reflecting the views promoted by local TDs such as Harry Boland for Roscommon South and Laurence Ginnell for Westmeath: the Republic was imminent. However, it became apparent that much of the conjecture regarding the negotiations in London was inaccurate. On the 6 December 1921, the Irish delegation signed a treaty that plunged Ireland back into crisis, although there was to be no returning to the fight against the British. Instead, the Anglo-Irish Treaty laid the groundwork for an internecine conflict that was to produce enmities even more damaging to Ireland.