Do you have documents and photos?

If you followed the blog during 2020, you may remember those posts that discussed the attacks by the Crown forces on the Athlone Print Works and the offices of the Westmeath Independent. Recently, as a result of the publicity surrounding the blog and the associated Westmeath Independent special edition published in November 2020, we received a donation of documents from 1920.

Many of these documents have never been published or catalogued before and they provide much detail on the destruction of the Westmeath Independent’s offices in 1920. Among the documents are thirteen affidavits that were presented to the Athlone solicitor Denis J. Hannon during November 1920. Those affidavits contain eyewitness accounts of both attacks on the print works. Of particular interest are the testimonies of Eleanor Chapman and Mary Blaney, who worked together to save the print works during the first attack. Chapman, who was the wife of the paper’s owner, and Blaney, who was her maid, quenched the fires that were started by the Crown forces.

Most of the affidavits describe the second of the two attacks. That attack resulted in the complete destruction of the print works, an event which is recounted in great detail across nine affidavits. Alongside the affidavits are ten letters from 1920, nine of which discuss the events of October and November 1920. The collection also contains twenty photographs of the Chapman family and a series of personal papers such as wills and baptismal certificates. These documents have been digitised by the Historian in Residence and we hope to place the original hardcopies in Athlone’s public library. More details on the collection will be provided on midlandshistory.com.

Contemporary documents such as those in the Chapman Collection can provide the key to unlocking the stories behind local events during the War of Independence and the Civil War. If you have any documents and photos from 1921 or the wider period, we would be happy to hear from you at historian@westmeathcoco.ie. We will be glad to add relevant material to our blog, which has become a detailed and informative source on Westmeath between 1919 and 1921. 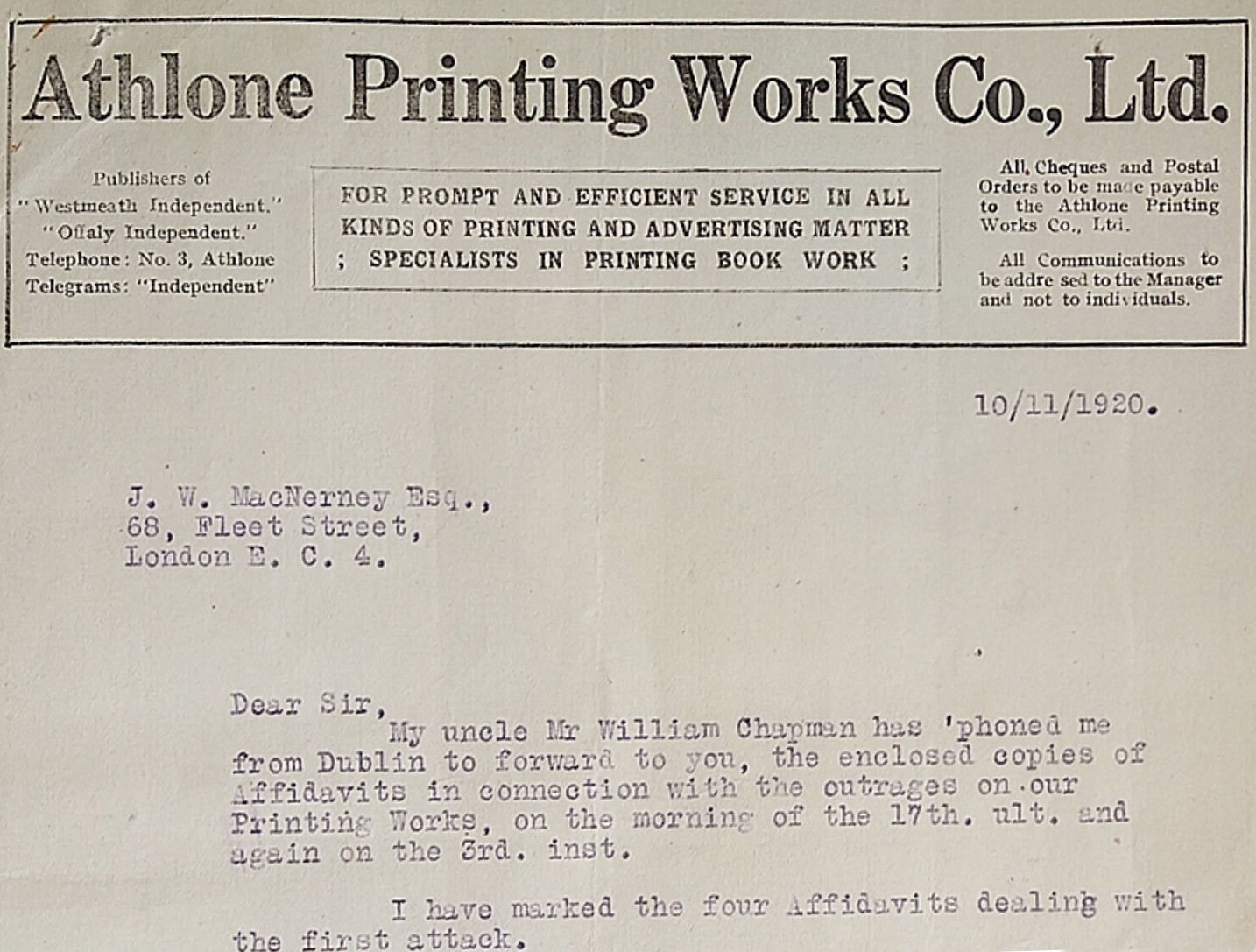