Civil War in Glasson – Part One

Previous articles traced the course of the conflict as it moved from conventional to guerrilla warfare. Here, we discuss one example of such guerrilla warfare: a fatal ambush carried out by the anti-Treaty IRA in Glasson, near Athlone, in late August 1922. 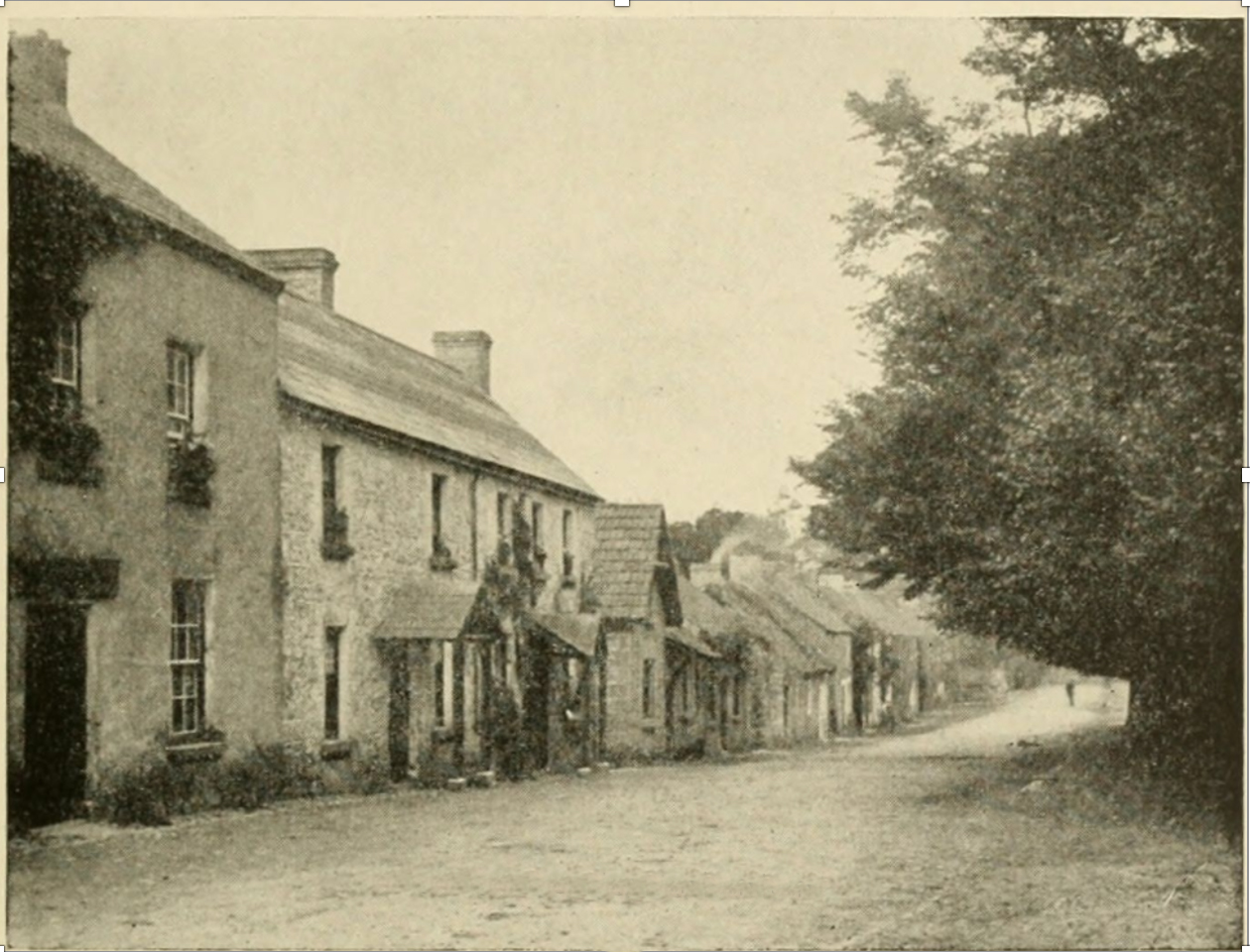 The Irish Independent was the first to carry the news. On Saturday 26 August 1922, it reported that, a day earlier, an anti-Treaty IRA unit had ambushed a car containing members of the National Army as it passed through Glasson. According to the Independent’s Athlone correspondent, who sent a message via telegraph to his Dublin head office, at least two people had been killed. During the following days more details on the Glasson ambush became available through newspaper reports and inquests. In this article, we explore those details.

At about 10.40 am on Friday 25 August 1922, a Ford motor car left Custume Barracks, Athlone, for Longford. It contained four members of the National Army: Captain Carroll, Captain Rattigan, Lieutenant Seán McCormack and a soldier named Alfred Hayes, who was the driver. McCormack sat in the front passenger seat alongside Hayes, while Carroll and Rattigan occupied the back seat. All of them were dressed in plain-clothes and only two carried weapons: Carroll and Rattigan, who had revolvers.

By travelling in plain clothes, the soldiers, according to testimony at a subsequent inquest, hoped to avoid drawing the attention of their anti-Treaty IRA enemy. Only three days earlier, Michael Collins had been killed when his small convoy was attacked by the anti-Treaty IRA at Béal na Bláth in west Cork. By then, the Irish Civil War had entered what is often referred to as its guerrilla phase. Since the outbreak of the conflict in June 1922, the National Army had succeed in winning control of most urban areas. In response, the anti-Treaty IRA leadership decided in mid-August to reorganise its forces into small active service units which would engage in hit-and-run attacks against the National Army. On the morning of 25 August, one of those units was waiting on the Athlone side of Glasson, ready to ambush any National Army forces who passed their position. The bulk of the unit was hidden behind the village’s schoolhouse wall, directly opposite the old Royal Irish Constabulary (RIC) barracks, with others hidden behind a high wall on the far side of the road (part of the Waterstown House estate). Although newspapers later reported that the anti-Treaty IRA unit contained 30 men, evidence presented to a subsequent inquest suggests that the actual figure may have been smaller, perhaps twenty men.

Approaching them was the motor car containing Carroll, Rattigan, McCormack and Hayes. It was travelling along the ‘Low Road’, which, as explained to me by historian Dr Aengus Ó Fionnagáin, was the main road from Ballykeeran to Glasson, via Wineport, until the late 1970s. (What is now the N55 was unsurfaced until around 1960.) Their journey was uneventful until, after turning the corner at Deerpark, they could see carts carrying loads of hay, five in total, approaching from Glasson. The road, according to contemporary reports, narrowed at that point and Hayes had to slow the car as it moved past the carts.

As the car moved between the fourth and fifth loads of hay, at the corner by the old RIC barracks, the anti-Treaty unit fired at least two shots, narrowly missing a young boy who was leading one of the carthorses. The occupants of the car ducked as it made the turn into Glasson. At that moment, a ‘further volley rang out from behind the loopholed wall opposite the barrack corner’. Carroll and Rattigan returned fire: two shots by Carroll and three by Rattigan. They later claimed that these were the only shots they fired and that all were aimed towards the schoolhouse wall and the high wall on the far side of the road.

After the car had turned the corner and travelled about twenty metres into Glasson, Lieutenant Seán McCormack stood up, turned to his comrades and called out: ‘I am wounded.’ Carroll pushed McCormack back into his seat and shouted at Hayes to continue driving. According to an eyewitness, Mary Kilduff, the ambushers followed the car as it moved through Glasson. At some point during the gunfire, a woman named Boyd, who had been startled by the shots, rushed outside on to the street where one of her children was lying in a pram. She was ‘hit in the breast and muscle of the left arm’. Two other people, both civilians, were also hit by gunfire. Patrick Murtagh was sitting in a horse-and-cart talking to John McCormack who was standing on the road. McCormack was shot in the leg while a bullet entered the right side of Murtagh’s torso.

At the Tubberclair side of the village, the National army car suddenly slowed down as it reached a rise in the road. Carroll again ordered Hayes to increase speed but he replied: ‘I am not able: I am wounded’. A few moments later, the car came to a stop and both Carroll and Rattigan jumped out of the vehicle. They attempted to help Hayes and McCormack but they could see that their pursuers were gaining ground. By this stage Kilduff had retreated to her home but she heard one of the ambushers shout ‘Put your hands up if you value your life’ as they neared the car. That shout was followed by a volley of gunfire, perhaps aimed at Carroll and Rattigan, who fled into a local field. They later claimed that they were under constant fire from the ambushers who pursued them for ‘about one mile and a-half’. Both men escaped without injury.

The anti-Treaty unit then split into smaller groups. One group brought Murtagh, who was still conscious, to a local dispensary run by a doctor named Glancy. They must have realised the seriousness of Murtagh’s wounds since they also asked the doctor to send for a priest. Glancy sent one of his staff, a man name Moran, who returned to the office within a short time. Moran claimed that an armed man had blocked his route to the priest’s house. A woman named Berry, perhaps another member of Glancy’s staff, took on the task. She was successful and the priest arrived minutes later. Murtagh died after receiving the last rites.

A short distance away, locals could see the burning wreck of the motor car which had been set on fire by one of the anti-Treaty IRA groups. Before burning the car, they lifted McCormack, who may already have died from his wounds, and Hayes, who was incapacitated, out of the vehicle. The ambush was over. Five people had been shot, of whom three were dead or dying. In the next article, we will provide more detail on the ambush and discuss the aftermath to these events.