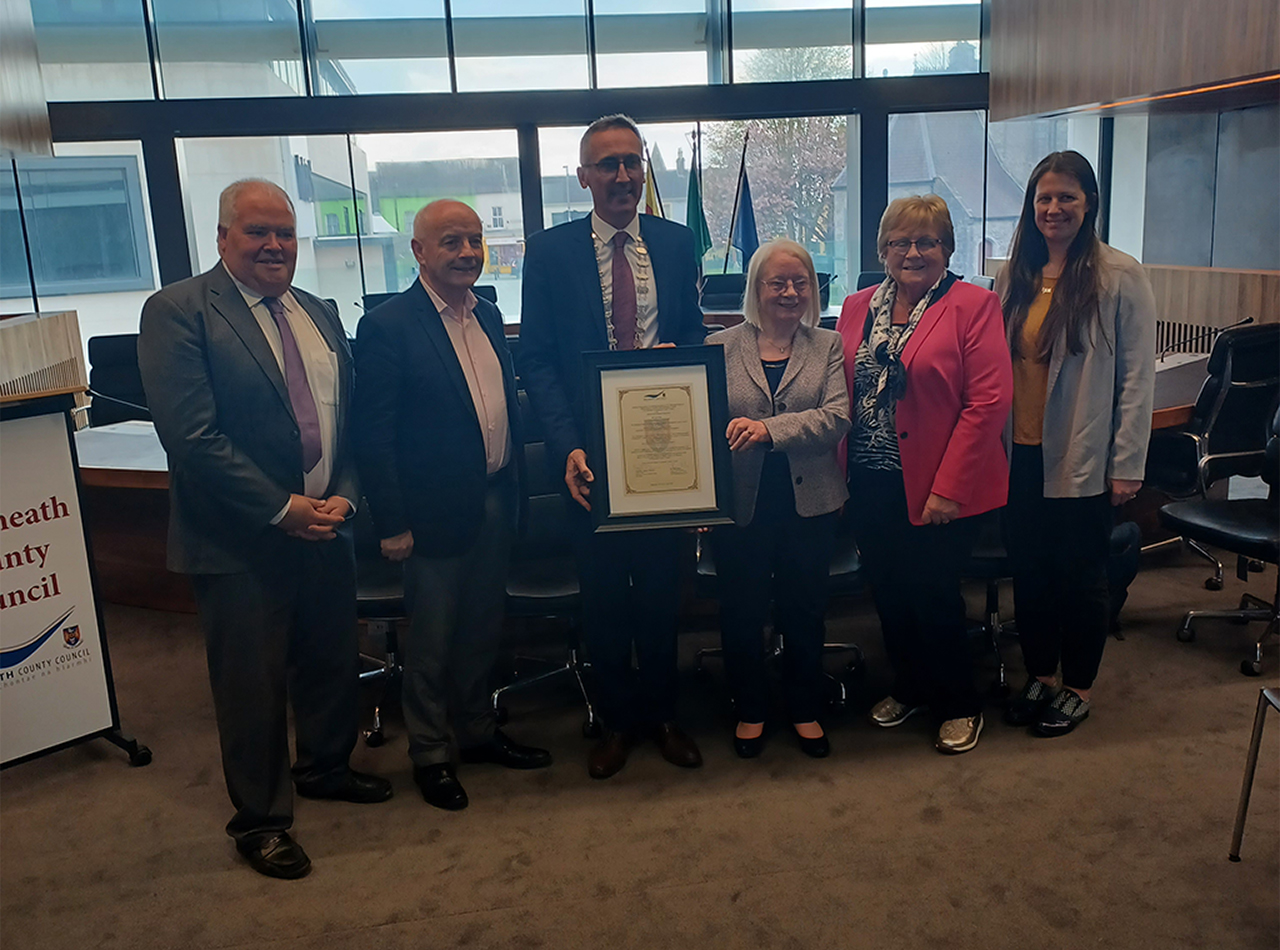 Deputy Mayor of the Municipal District of Athlone-Moate, Cllr. Aengus O’Rourke, conferred an Official Address of Recognition on the Athlone & Midlands Samaritans to acknowledge the exceptional contribution the organisation has made to the Community over the 30 years that they have been in existence.

The official ceremony, which was attended by members of the Municipal District of Athlone-Moate and representatives of the Athlone & Midlands Samaritans, was held in the Council Chamber in Athlone Civic Centre on Thursday 28th April.

The according of the Address of Recognition was agreed at the February meeting of the Municipal District of Athlone-Moate to mark the organisations 30 years of outstanding service to the local community.

Deputy Mayor O’Rourke congratulated and thanked the members of Athlone and Midlands Samaritans on their 30 years of amazing service to the community and to the wider region and the fact that 13 members who started the branch in 1992 are still giving of their time 30 years later is truly remarkable.

“I want to acknowledge this evening the volunteers who give their time in such a selfless  and modest way, there is no credit or attention sought for the work they do – they do it because they are kind people, they care for others and they are generous through and through.

It was a great honour for me to propose The Athlone & Midlands Samaritans for this Civic Honour to mark this important anniversary.  I felt it was very important that we recognize and pay tribute to this amazing service to the people of the four counties of the midlands.  I would in particular like to recognize the thousands of hours of commitment provided by many volunteers over all the years.”